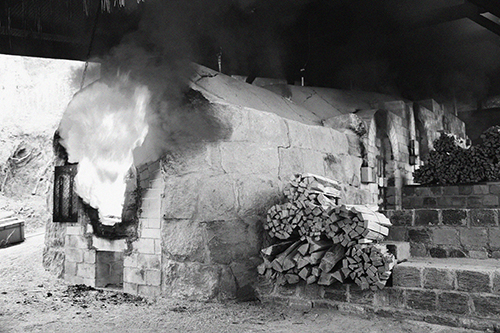 Split bamboo type multi-chambered climbing kiln is a unique type of Haji kiln which you can find in Kyushu region. It is characterized that the interior of the kiln is divided into multiple chambers.

According to the Nihon-shoki (the oldest chronicles of Japan), in the age of Emperor Suinin, the 11th emperor of Japan, the court ordered Nomi-no-Sukune to become “Hajitsukasa” and ordered him to make haniwa (a clay image of a man, of an animal)and clay ware for funeral ceremonies.

Later his great-grand child Mino-omi was given the name of “Haji” from the 16th emperor of Japan, Emperor Nintoku. The potter and people who engaged in ceremonial occupation were called “Hajibe”, they were dispatched to various places from northern Kyushu to the Kanto region. In those various places, they contributed pottery prescribed in one year and also produced daily necessities. 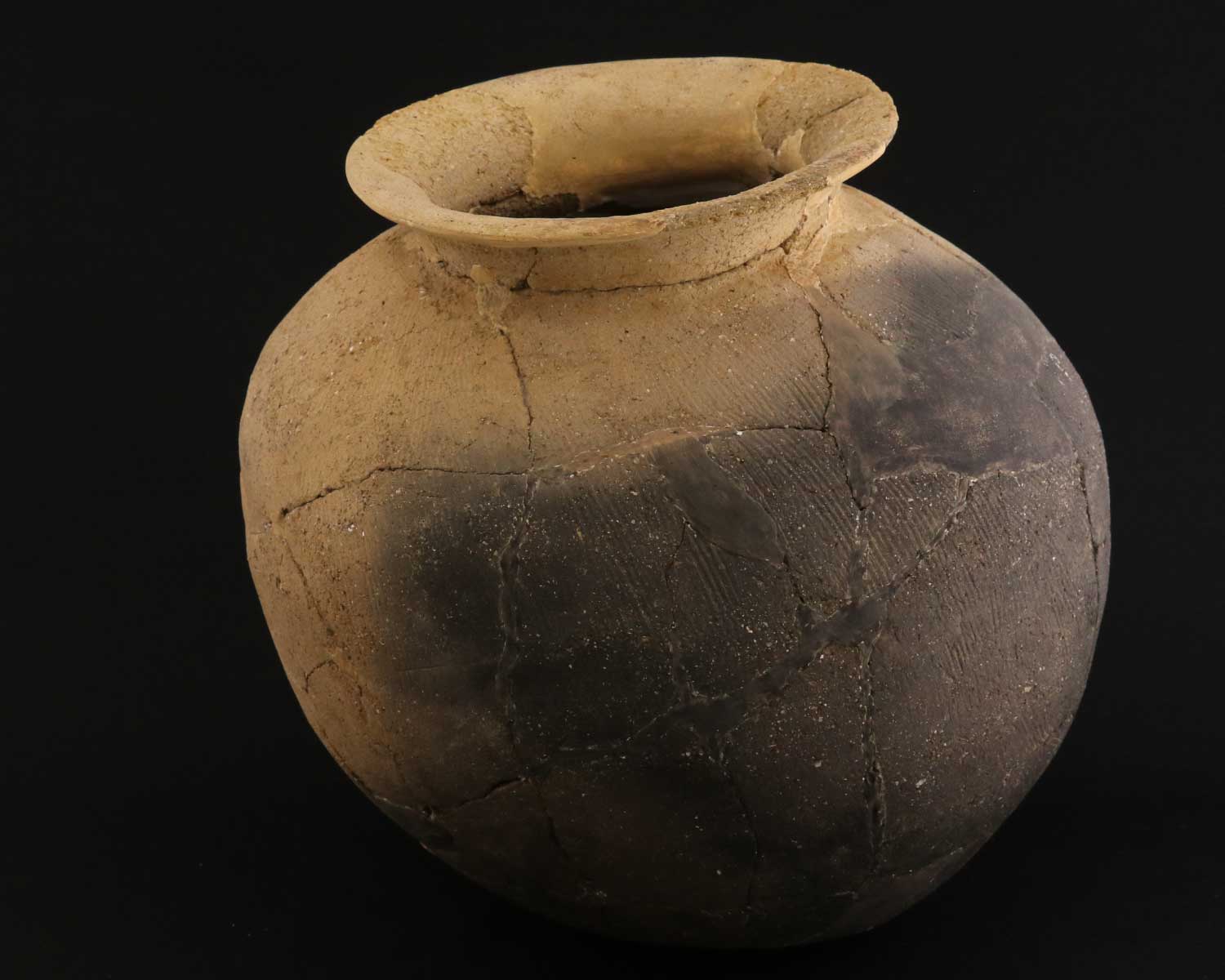 A pot of Haji pottery found in Keisen Town.Surface soot adhered during firing.

At the beginning of the Nara period, the home town system was enforced and the name of the land where Hajibe resides became Haji. In the middle term of the Heian period, the dictionary “Japanese name classification” was made, and there, has the description of “Haji, Honamigun, Chikuzen-no-kuni” that refers to the area of Haji, Keisenmachi, Kaho-gun, Fukuoka, an ancient ceramic producing area in Kyushu. 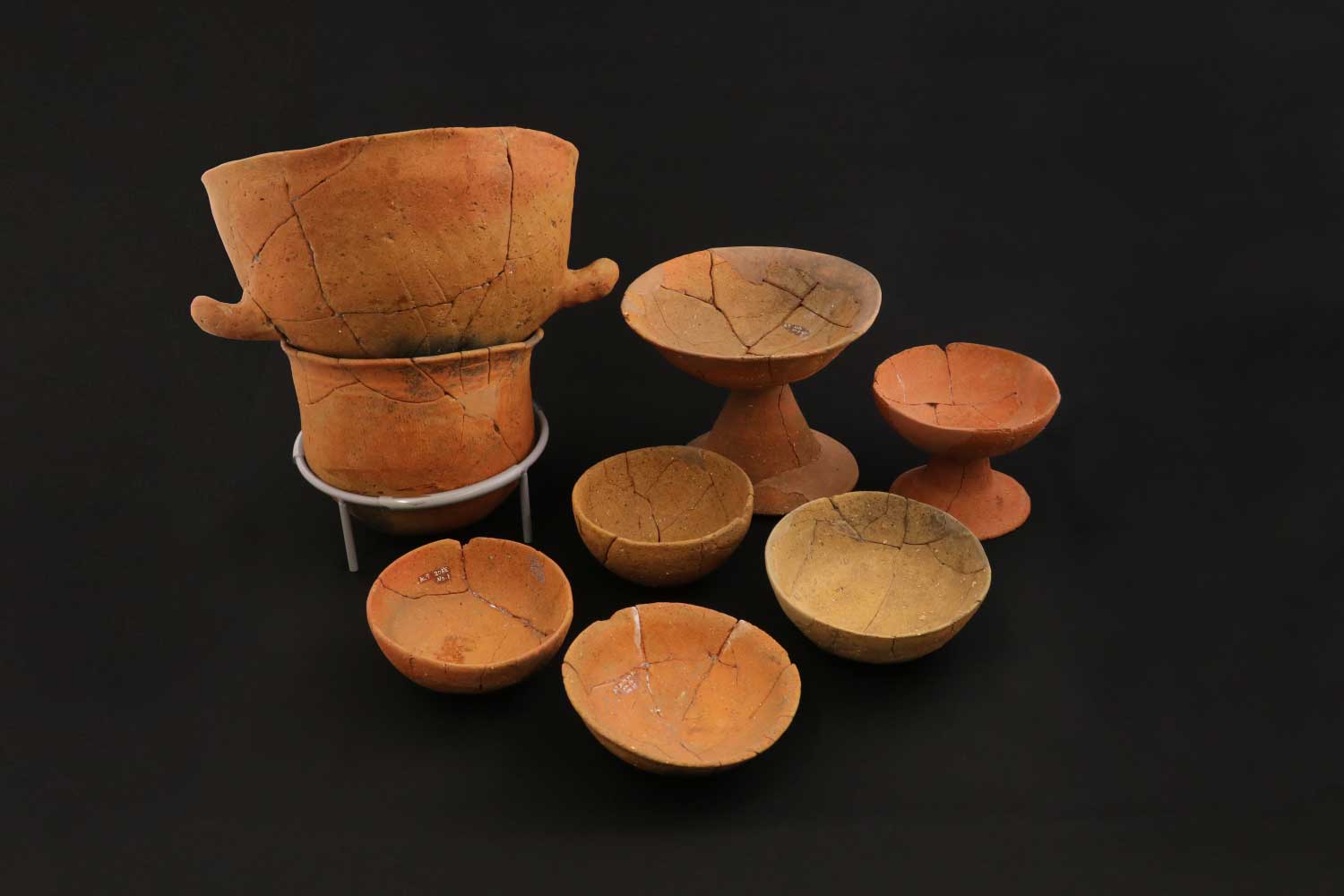 Everyday dishware of Haji pottery excavated in Keisen Town.Rice steaming basket, bowls, and so on.

The characteristics of Japanese pottery is strongly left in Hajiki. Many everyday wares such as cups and plates, takatsuki (small one-legged tray for one person), bowls, steaming basket, etc. were produced as well as haniwa (a clay image of a man , of an animal) used in rituals of an ancient tombs. Those potteries were made by the technique of “Himozukuri (string making)” piling up string-like clay. From these variety of Hajiki, you can see the flexible and intelligent modeling that inherits the sense of Yayoi pottery.

Exterior appearance at the beginning of open-kiln. The thatched roof on the back right is the workshop and there is climbing kiln in front of that.

Haji-gama (Haji kiln) is built in a historical site of Hajibe, potters are working on potteries thinking and feeling the history of old appliances in this area. In our kiln, we use the technique of “string making” and Kerokuro (kick wheel) to produce tea potteries used for tea ceremony, and table ware that decorates the dining table.